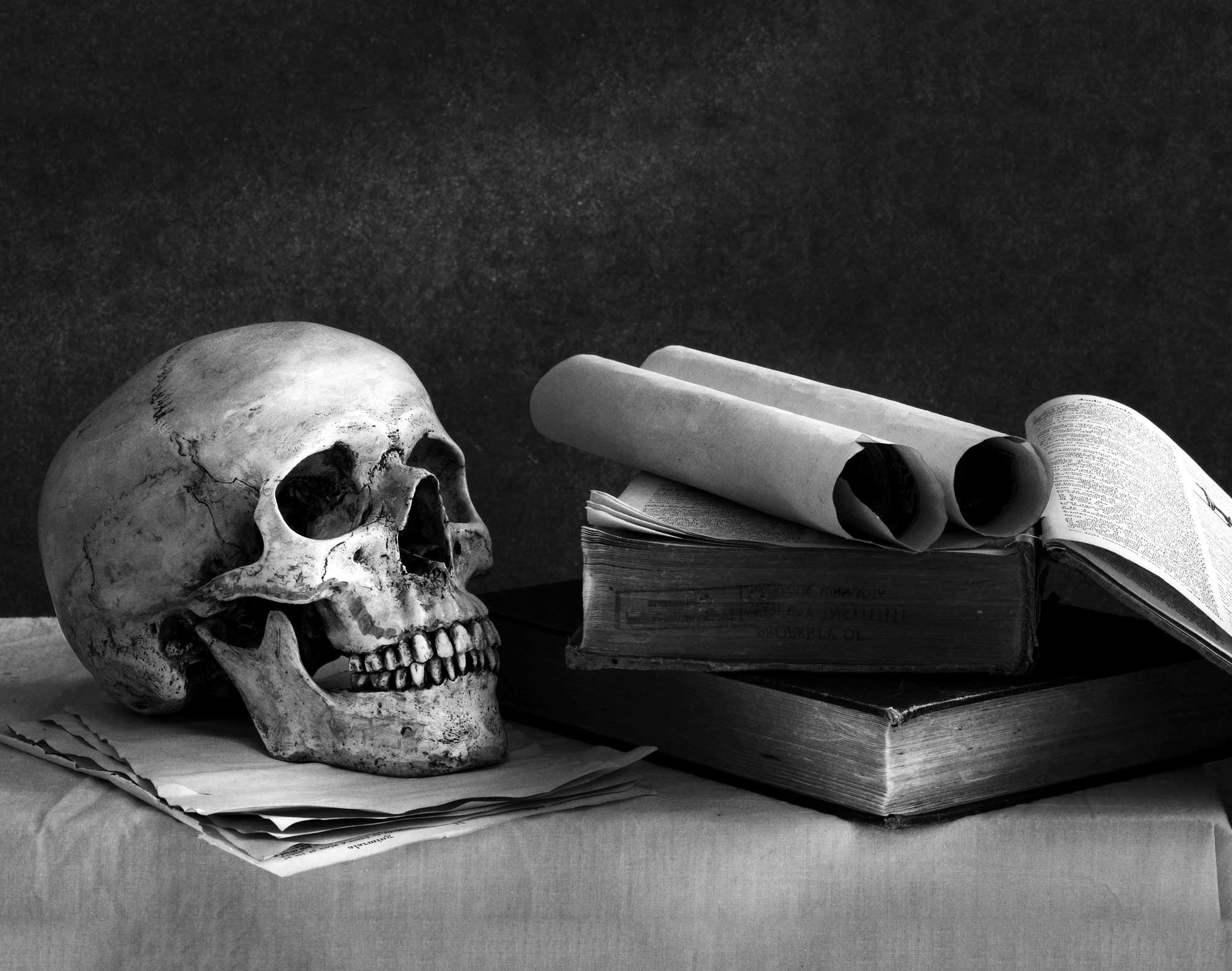 Scientists supposed to be open minded towards new ideas, unbiased and free thinkers. However this is not what we see in reality, the scientific community seems to always fight off those who are well ahead of their time. And many of the ideas that we are now take for granted were not received so welcomely when they were first presented to the public. These days, free thinkers and pioneering scientists are in no better position, almost all major journals refuse to even consider publishing anything that contradict the old-school principles that those institutions are built-up upon. I have been witness to several examples of what is considered a heresy in science. Such as refusing to acknowledge the existence of pleomorphic bacteria, undermining the cancer germ theory, I also examined the case of Jacques Benveniste, a French scientist who according to his words: One day he was one of the most respect scientists in France, the next he was a bad scientist and charlatan!!

The memory of water theory: Searching for Jacques Benveniste

Me and Jacques Benveniste. The portacabin in which he had to work in Paris.

An incredibly well-respected French scientist conducted an experiment which changed his life. Jacques Benveniste related the story, he told me” Can you believe it Milton, one day I was one of the most respect scientist in France, the next I was a bad scientist and charlatan” What was Jacque’s crime-simply observing a new phenomenon, later called the memory of water. Essentially, Benveniste claimed that when a certain chemical was diluted in water to a point when there is nothing left, the remaining water can still exhibit a biological effect. This was later claimed (not by Benveniste) to be proof of homeopathy. Although the work was initially published in Nature, the scientific establishment went for Benveniste with a ferocity not seen since the Inquisition and he was told to go on unrestricted “gardening leave” by his French Government, for the crime of bringing French science into disrepute!  Undaunted, Benveniste obtained funding from Japanese biotechnology companies and continued working from a portacabin in the Institute grounds.  Worse was to come, John Maddox, the Editor of Nature, under attack, mainly from US science bigots lost his nerve and retracted the Nature paper and then decided to visit Benveniste’s lab to investigate. Amazingly, our Sleuth brought with him a third-rate magician called “The Amazing (sic) Randy”! This was clearly no way for the scientific establishment to treat an eminent scientist, but Maddox and Randy got away with it. When I visited Benveniste in Paris he commented with disgust “Whatever you do Milton, never let these bigots into your laboratory”; a piece of advice I have always followed and passed on to my students. Maddox ruined his reputation by this act; as for the “Far from Amazing Randy”, enough said!

When Heresies collide – Extreme bacteria pleomorphism and the cancer germ

Cancer remains an enigma despite over 150 years of intense scientific research. While considerable research effort has been devoted to demonstrating that viruses causes cancer, the potential role of non-virus microorganisms in cancer aetiology has largely been ignored. This was not always the case however, since there is considerable historical literature which suggests a direct link between cancer and non-virus microorganisms, particularly bacteria, fungi and protozoa.

Scientific impasses, such as the cancer problem, are often solved only when a radically new approach is considered. Alternatively, new insights can be gained when previously dismissed evidence is addressed in the light of a modern research.

My intention here is to provide such an insight into the cancer problem by bringing together two heresies in microbiology that appear to offer such a radical new approach. Although based largely upon historical literature, this approach is reinforced by more recent studies.

The heresies in question maintain that even common bacteria routinely exhibit extreme pleomorphism and are the cause of cancer. Let us consider each of the heresies in turn and see what happens when they collide.

Nearly all modern bacteriologists are monomorphists. We believe that, with only a few exceptions, bacteria are simple organisms which undergo binary fission and exhibit little in the way of morphological variation. It may be therefore come as a surprise to many microbiologist to learn that even as late as the end of the 1930s a school of bacteriologists, the pleomorphists, believed that most bacteria show extreme variations in morphology and undergo complex life cycles. I have discussed this history of extreme bacterial pleomorphism elsewhere. Suffice to say here that common bacteria were said to undergo all manner of morphological changes, producing filamentous (fungoid) forms, ascospore-like structures and most importantly a so-called symplasm, or amorphous stage, which often lay unseen when infecting human cells. The pleomorphists also reported the existence of L-forms, conjugation tubes and filterable bacteria, all of which were initially dismissed as fantasies. In addition, they believed that most bacteria routinely undergo sequential morphological changes which come together to form a life cycle.

Opponents of pleomorphism argued that the whole edifice was built on contamination and that, aided by vivid imaginations; the pleomorphisms arranged the various contaminants into a supposed bacterial life cycle. It should be stressed, however, that the pleomorphists were not cranks, but bona fide microbiologists who published in the standard literature and appeared to take every effort to avoid the obvious criticism that their observation resulted from contamination.

While the many historical reports of extreme bacterial pleomorphism have been conveniently forgotten, a small number of recent reports of the phenomenon have appeared, particularly in relation to species of Azotobacter and Mycoplasma.

A considerable amount of historical literature suggests that bacteria, and other non-virus micro-organisms, can be isolated from cancers, and that these organisms play a direct role in the formation of most types of cancer. Some of these studies also purport to show that cancers can be caused by the injection of the so-called “cancer germs” into experimental animals. This work has been largely ignored and few cancer experts of microbiologist appear to be aware of it. The most common reaction is dismissive on the basis that it must have been long proved wrong. However, as is the case with extreme pleomorphism, no experimental evidence has ever produced that completely discredited the cancer germ hypothesis. The historical view that bacteria are involved in the formation of cancers has been strengthened by recent findings indicating a link between stomach cancer and the bacteria helicobacter pylori. In addition, there is a developing literature which suggests that other bacteria are involved in cancer etiology, largely by producing carcinogens in situ in the cell.

The fact that it is received wisdom that highly pleomorphic bacteria do not exist means that it is unlikely that their role in cancer etiology will be readily accepted. Of course it is possible that bacteria can be highly pleomorphic without being the cause of cancer and vice versa. This begs the question of whether or not H. pylori exhibits extreme pleomorphism. Has anyone looked? We certainly know that this bacterium possesses a coccoid phase, but the existence of a complex life cycle, including a hidden or filterable phase, would obviously be missed unless H. pylori was exposed to the cultural conditions that favor extreme pleomorphism (i.e. long incubation under stressed nutrient and environmental conditions).

Of course the obvious criticism of the view that cancer is caused by an infectious agent is that it does not appear, at least in the general sense, to be transmittable. However, recent epidemiological evidence suggests that childhood leukemia may involve an infective agent, and cancer has been linked with infections such as tuberculosis in both the historical and modern literature. It is probable that cancer formation is a multi- factoral process that depends upon the presence of one or more cancer-inducing micro-organisms plus environmental, dietary and hereditary factors. we certainly suspect that dietary fiber can alter the bacteriology of the colon and influence the formation of colon cancers.

Another frequent criticism of the supposed role of bacteria in cancer etiology is that, instead of increasing, the frequency of cancers should have declined since the 1940s following the introduction of antibacterial antibiotics. However, the wide spread of antibiotics did not reduce the incidence of stomach ulcers caused by H. pylori. As with H. pylori, it is possible that cancer inducing bacteria may fail to response to single antibiotics like penicillin, but are only eradicated by specific antibiotics cocktails. This is especially likely to be the case if cancers are caused by pymplasm phases which lie hidden in the infected cell.

Although there is considerable evidence linking highly pleomorphic bacteria with cancer, it should be noted that the concept of extreme pleomorphism could be dismissed without compromising the view that bacteria in general cause cancer. It is also worth noting that extremely pleomorphic bacteria have been recently associated with a wide range of infections, including rheumatic fever and Crohn’s disease.

Hopefully, bacteriologists will now be encouradged to re-examine the question of whether or not bacteria exhibit extreme bacterial pleomorphism and, together with cancer experts, re-asses the role of both pleomorphic and non-pleomorphic bacteria in cancer etiology. For the sake of balance, the reader is also referred to papers by Winogradsky and an anonymous article, which, respectively, are critiques of pleomorphism and the existence of specific cancer-causing bacteria.